In 2021 approximately $900,000 is being invested to improve pavement conditions in neighborhoods throughout the city.  This year's work includes mill & fill projects with curb ramp upgrades; hot asphalt repair; 10 miles of crack sealing; and lane striping.  Details are listed below.

Six locations are scheduled for mill & fill projects where road surfaces will be completely replaced. Crews will come in and remove the existing surface layer, curb to curb, and replace it with a new layer of asphalt.

Curb ramps at locations within Mill & Fill project areas will be upgraded to current standards under Americans with Disabilities Act (ADA) to improve accessibility and mobility for all per federal requirements.

Four roadways are scheduled for extensive hot asphalt repair where sections of roadway have developed deep potholes and crumbling asphalt. Crews will dig out damaged areas to a depth of about one foot before filling and sealing the areas with hot asphalt. This process will help preserve the road until funding is available for a more permanent fix on the entire length of the roadway. 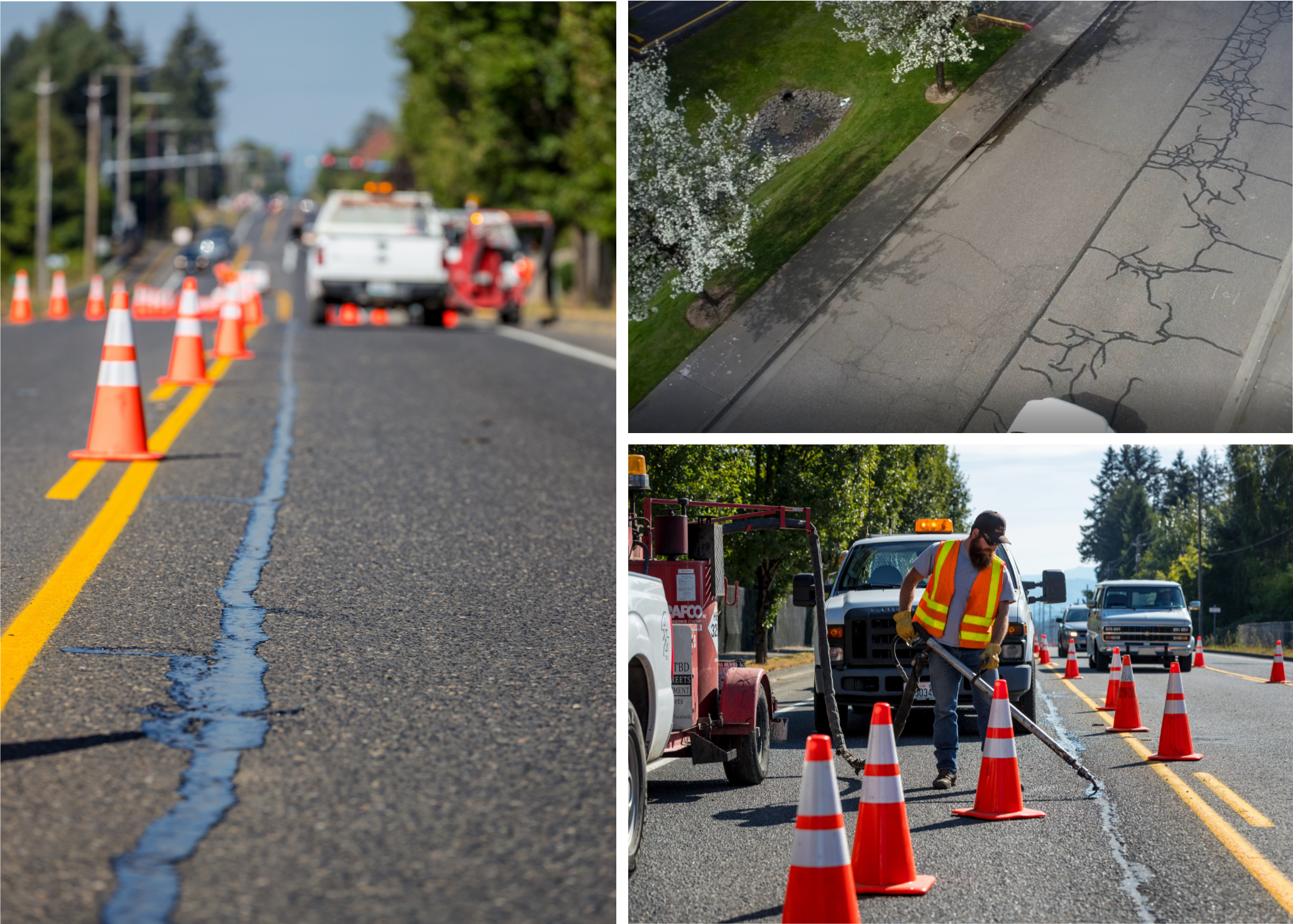 The application of asphalt rubber intro cracks will occur on about 10 miles of roadway throughout the city.  Crack sealing prevents damaging water intrusion and prepares these roadways for a curb to curb slurry seal in 2022.

Completing the work in 2021 is 18 miles of fog and center line striping on neighborhood and major collectors as well as arterial roadways throughout the city.

Proactive maintenance and preservation through regularly scheduled crack and slurry sealing, every 10 - 15 years after a street’s construction is the most effective method for extending the life of pavement. Established engineering studies show that a street left unmaintained after that timeline will deteriorate rapidly and necessitate a more detailed and expensive method of repair.

From 2015 to 2019, residents who lived within the City of Battle Ground were assessed a $20 TBD (Transportation Benefit District) when renewing or purchasing vehicle tabs.  The annual revenue – approximately $290,000 – was used for the sole purpose of street preservation projects in the city.

2016
Projects funded in 2016 include the repainting of lane striping throughout the city and nearly 4 miles of street maintenance and preservation through a crack and slurry sealing process.  2016 Crack & Slurry Seal Map/Schedule.